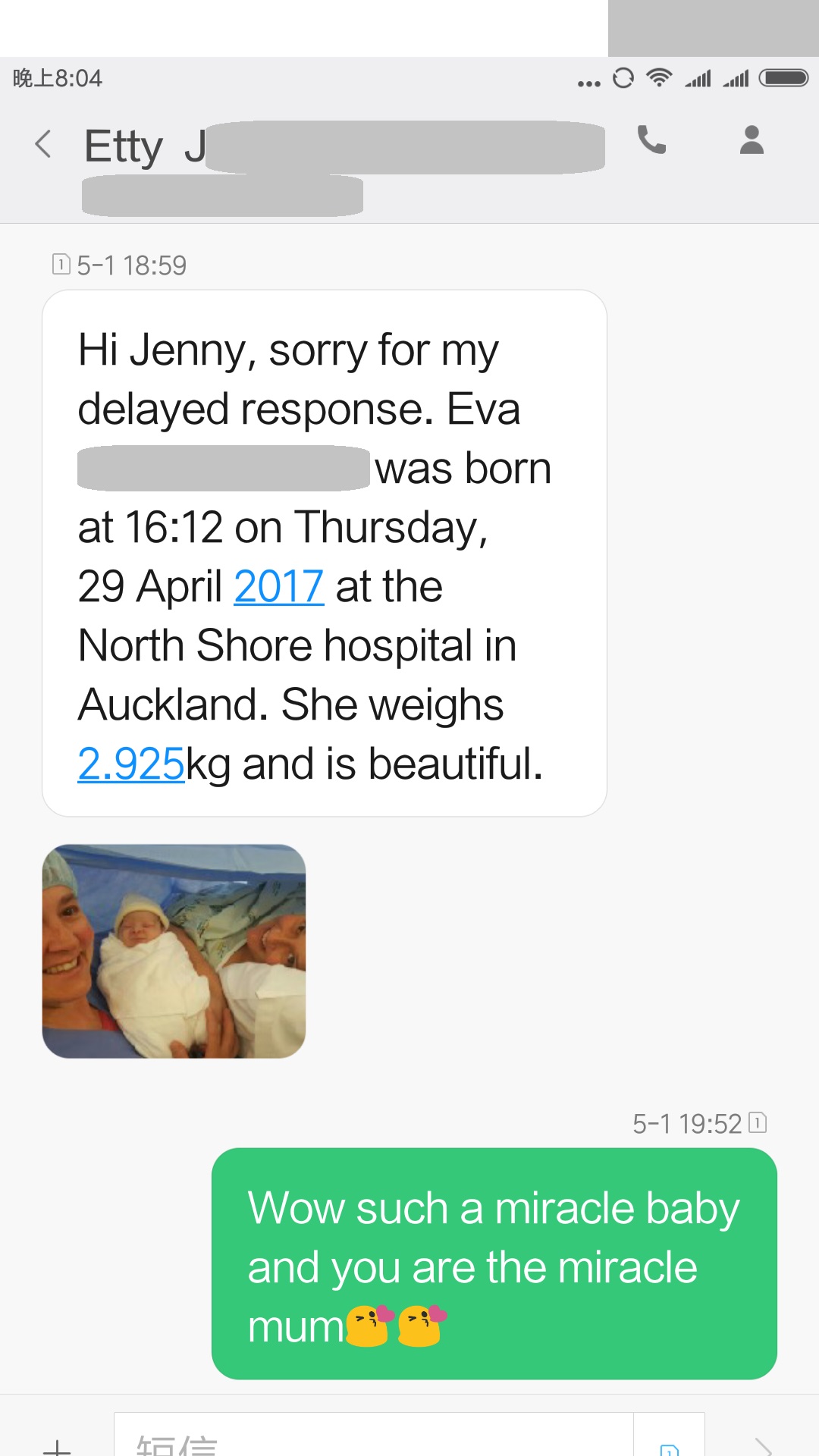 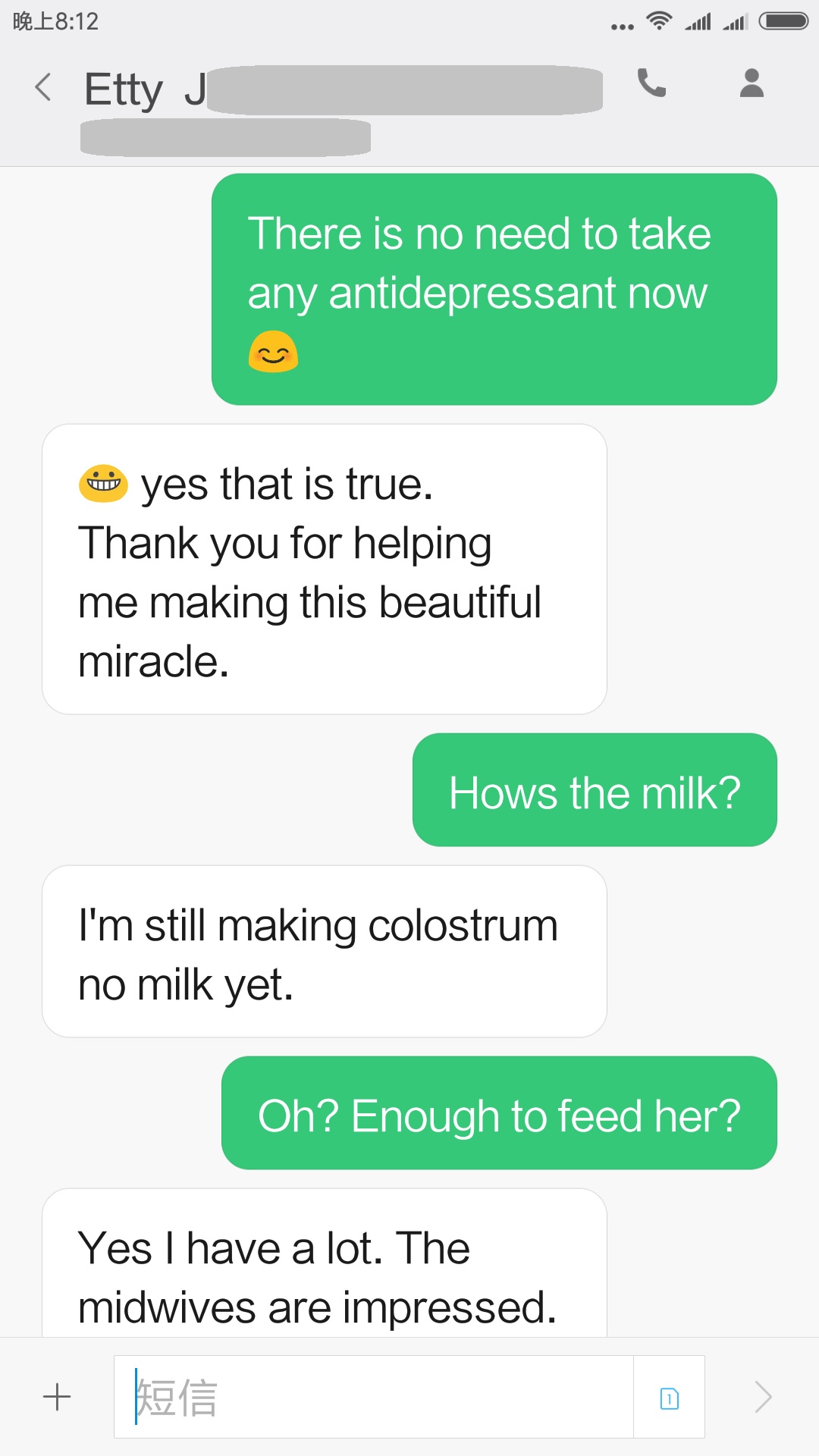 Jenny furthermore helped me to lower my anti-depressant medication dosag. I never thought that this was possible due to being on this medication for the last 10 years.

Thank you Jenny for your support and genuinely caring. You are amazing!

Etty J, Albany (* Results are varied from person to person)

As a participant of the recent “Changing Minds” seminar addressing the relevance of Acupuncture to mental health services, I found Jenny Li to be informative and very relevant. In this era of pharmaceutical dependence, she spoke candidly of the impact of and the holistic nature to recipients in significance of the efficacy of acupuncture.

Jenny’s “views on acupuncture” 5 Phase theory was both well informed and well documented. I believe her participation in the forum allowed for an educational and progressive review of the impact of such treatments, as well as being that it addresses the very foundations of quantifying understanding outcomes, with regards to establishing more effective practices in mental health service provisions.

For several years, I heard voices. They were my friends and a source of comfort. But unfortunately, they messed up my entire life. I would sit for an entire day just staring at the wall, laughing and giggling with my voices. I couldn’t go to university because the voices messed up my head and I couldn’t concentrate. I was even admitted to hospital in June last year because the voices became overbearing and were infiltrating my daily activities. However, early in September, all the voices disappeared.

This is my journey with mental health and my experiences as a voice hearer.Firstly, my first ever treatment that I received, right from when I got ill, was medication. I was given abilify, its mechanism of action is unique among currently approved antipsychotics. Rather than being a dopamine blocker, it is a “dopamine system stabilizer”. Its new technology and mechanism is sure to be highly effective, however for me, it didn’t work. I was on abilify since 2009, and until 2013 it had no effect on me, as I still continued to hear voices.

I was entirely resistant to medication. The benefits of abilify were insignificant, if any, but the cost was huge. The side effects of the drug include insomnia and tired eyes. My insomnia was so bad I would be awake at 3am and only get to sleep at 5am. This messed up my sleeping patterns and I often took naps at 2pm for 5 hours. Also, my eyes would be really tired and flip upwards during the day, to the point that I can’t see things. Although abilify was a new drug that may have benefits to other people, for me, it did not stop the voices and it had major negative side effects. Moreover, the few years before I became ill, I had major sleeping problems. Because Abilify aggravated my insomnia, not only did it not serve as a cure for me, it made my psychotic symptoms even worse.

Because abilify did not seem to be working on me, in July of 2013 I was switched to another medication, Olanzapine. For several weeks, Olanzapine seemed to have as little effect on me as Abilify did. I was still intensely hearing voices and the medication did not seem to have an effect. It was only after about 8 weeks after that I stopped hearing the voices, but it was coincided with the start of my acupuncture treatment, which I will explain later. Perhaps the Olanzapine did have an effect, but I feel that it was as ineffective as abilify because even weeks after I started on that medication, I still continued to hear voices.

And just like abilify, the Olanzapine has negative side effects. First of all, I experienced a steep weight gain of 18 kgs in a few short months. This could lead to diabetes and negatively affects my self image. Also, it causes my period to stop, which is bad for my body. I doubt the Olanzapine has much effect to my voice hearing and I suffer side effects from the drug. I am looking forward to my doctor decreasing my dosage, so that I won’t have to suffer the side effects.

Since there have been a few cases where acupuncture had helped with people hearing voices and so my parents took me to see an experienced acupuncturist, Jenny Li. I started acupuncture in late August 2013 targeting the head and areas relating to mental stability. For me, acupuncture was very relaxing and it helped clear my mind. In September, the voices stopped completely.

My family whole-heartedly believes acupuncture was the cure. Personally, I can’t say what exactly was the cure, but I’m hoping that acupuncture was. It is a very relaxing and holistic treatment, with no harmful side effects. It is completely natural and uses your own body to cure itself. In fact, as I mentioned before how the Olanzapine caused my period to stop, Jenny, my acupuncturist has been able to successfully use acupuncture to bring back my period. I feel great after each acupuncture session and it feels really good for my body.

What caused me to stop hearing the voices may be due to a combination of the treatments I received but mainly the acupuncture. It is a holistic and natural remedy that everyone should try, because it gave me great results. I have not been hearing voices since September last year and have recovered really well since then.

After many years of constant stress, I was not coping with all aspects of my life and needed help. After a thorough and comprehensive initial consultation it was obvious that Jenny has a holistic approach to her work which encompasses all levels of healing.

As western medicine treats only the injury and looks no further than that, it was a relief to have an opportunity to experience healing on many levels. The sessions I have had with Jenny on the mental, emotional and physical planes and I am, now, more capable of meeting life’s challenges head on.

Janet, New Lynn(* Results are varied from person to person)