The video has recorded her improvement of unable to move the leg initially but only after the electric acupuncture, then slowly she could lift the leg when coughing and held for a short while.

Jenny has been coming in to treat my mother with acupuncture three times a week for the last a few months, in the beginning, she was not about to sit herself up in bed, nor stand up alone without full support. The stroke has left my mother with some depression and obvious frustration that she has lost a lot of her independence, her speech is blurred and hard to understand too. 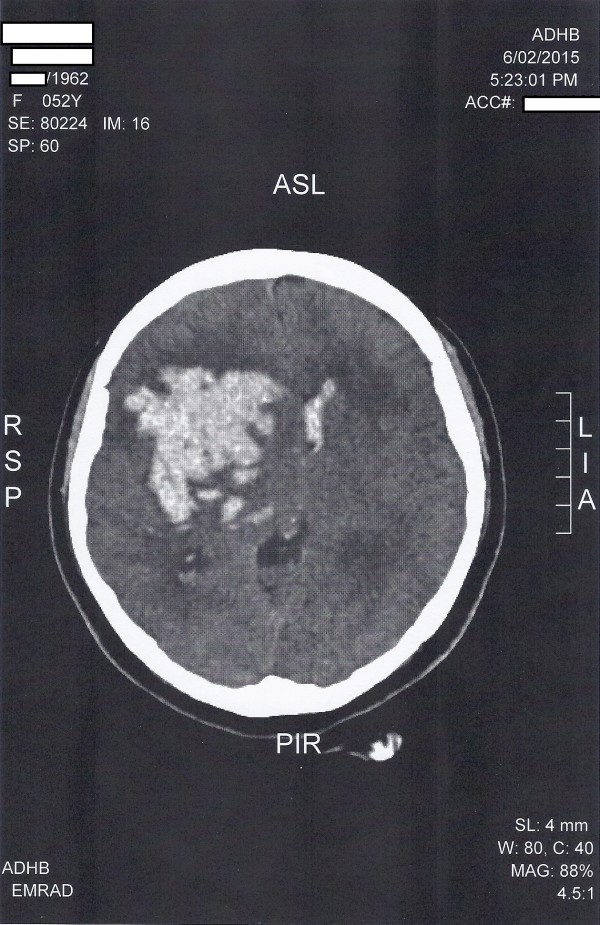 The MRI image has indicated the massive hemorrhage on the right side of her brain.

Apart from acupuncture, Jenny has also provided my mother with some traditional herbs to take to aid re-absorbing all the bleeding she had from the stroke. Jenny has been patient and understanding throughout this difficult situation and is always willing to give encouragement.

Annabelle Y, Epsom(* Results are varied from person to person)